Custom running medals in all shapes 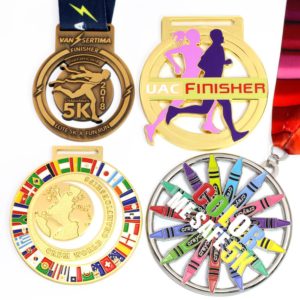 Customize running medals in all shapes

Running is defined as a step in which the feet do not touch the ground at the same time. Running is an aerobic exercise. At the same time, running is also the most convenient way of physical exercise in daily life. It is an effective way of aerobic breathing. In various large-scale games, running and running medals have become more and more popular. And now 5K running is very popular.

One: strengthen the body and improve immunity.

Two: improve the skin and make the complexion better.

Third: improve your mood, let you forget your troubles and be more happy.

Five: the sun and temperament are radiated from the inside out.

How can I get a running Medals

Running was competed in the ancient Olympic Games more than 2000 years ago. In the 19th century, running became popular in England, and later in the world. Because every time you need skills and the spirit of fighting, only in this way can you get a running medal.

If you like running, let’s customize the medals. We will make all kinds of exquisite running medals for you. Because we specialize in designing and customizing medals for various events. We are a reputable medal manufacturer. The manufacturer designs metal medal directly free of charge, with high quality and quantity. 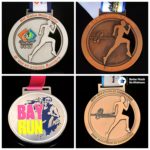 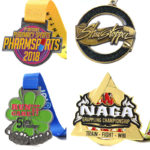